Civil and defence airports in Australia are obligated to meet requirements under the World Health Organisation International Health Regulations and the Australian Government Department of Agriculture and Water Resources Biosecurity Act 2015, to prevent the importation and exportation of mosquitoes and their associated diseases. The International Health Regulations 2005 require the establishment of a Mosquito Vector Program with a surveillance distance of 400 metres from facilities used in operations involving international travellers, conveyances, containers, cargo and postal articles (Australian Government Department of Health 2017).

There are many ports that operate as First Port of Entry (FPoE) for the international arrival of people and goods in Australia. These FPoE have surveillance processes in place to detect exotic mosquitoes. If an airport is the FPoE, the detection of exotic mosquitoes is a high priority as there is a possibility that exotic mosquito will become established within the airport’s environment and spread in other areas.

Our sister company Avisure has been using a number of methods and expertise to conduct vector surveillance for clients. Aedes aegypti and Aedes albopictus can be the two exotic mosquito species most frequently detected through inspection and surveillance procedures at FPoE as they are often associated with imported cargo and international conveyances. This is because these species have adapted to urbanised areas in close proximity to humans and often lay dry-resistant eggs in goods which may be imported to Australia. Both species are recognised vectors of disease, with Ae. aegypti the primary vector for dengue, Zika, chikungunya and yellow fever viruses (Australian Government Department of Health 2017).

Avisure endeavours to assist its clients to meet their obligation under Biosecurity Act 2015 and International Health Regulations 2005 through vector surveillance, treatment and best practice advice to safeguard Australia’s economy, health and environment. 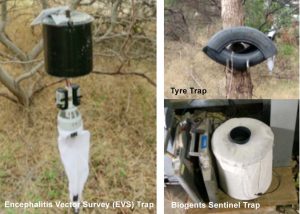