Ecosure and Brisbane City Council have been working together to deliver two separate ecological offsets – one at Fig Tree Pocket and the other at Brighton.

The Fig Tree Pocket ecological restoration project is a result of some impacts made to native vegetation with the construction of the Legacy Way tunnel. A site was chosen adjacent to the Fig Tree Pocket Equestrian Club that originally contained the same Regional Ecosystem that was being cleared for a part of the necessary construction. The site was severely degraded and was being further impacted by extensive infestations of environmental weeds.

Ecosure commenced the project with a thorough site analysis and the development of a practical restoration plan so all stakeholders were clear about what was happening over the course of the three year project. The plan included information on weeds and their control as well as a species list for planting and information on how the site would be worked and maintained. Once approved, restoration works commenced with the control of the many weed species impacting the site. They included climbing asparagus fern (Asparagus africanus), Chinese celtis (Celtis sinensis), guava (Psidium guajava), lantana (lantana camara), mickey mouse bush (Ochna serrulata), giant devil’s fig  (Solanum chrysotrichum) and many groundcovers and exotic grasses to name a few. Once weed control activities had stabilised, the revegetation of the site occurred.

Ecosure bush regenerators planted more than 11, 200 locally sourced native plants. Species were installed according to how they would grow naturally ensuring that each plant was placed in the position that suited its niche in the ecosystem. Two years into the three year project and native plants are establishing well and weeds are being continually suppressed to ensure the ecosystem continues to develop to a point where only minimal maintenance is required.

The site being restored at Brighton is in response to the expansion of Telegraph Rd in Carseldine where impacts to Regional Ecosystem 12.3.5 were unavoidable and native vegetation was cleared. Brisbane City Council engaged Ecosure to develop a restoration plan and restore a nominated site at Queens Parade, Brighton. Ecosure commenced weed control work and preparation of the site in May 2014 and revegetated the site with more than 4000 locally sourced tubestock in June 2014. This was in addition to carrying out assisted regeneration on the edge of the adjacent natural area to promote the connectivity of the two areas. Ecosure bush regenerators are continuing to carry out regular weed control maintenance and will officially hand the site back to Brisbane City Council in June 2016. 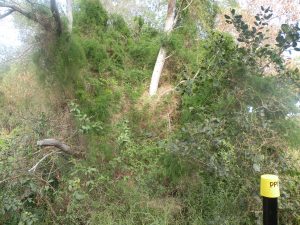 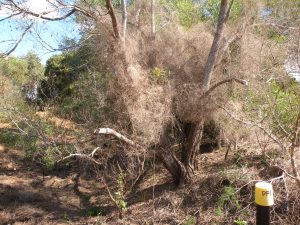 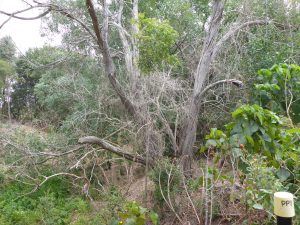