Last year our Principal Ecologist, Con Lokkers, hit the road on an amazing 7 month travelling holiday, spending two of those months in northern Western Australia. During his time away Con kept us up to date sending emails and lots of great photos. The more we saw the more we wished we were out there with him! Below is just some of Con’s impressive photography and a short blog with a few of his trip highlights.

Where to: Travelling across Australia from the WA / NT border through the Kimberley and down to Karijini in the Pilbara.

Why: “One of the iconic 4wd destinations in Australia and one that I’ve wanted to visit since I first saw pictures of Mitchell Falls. Some of Australia’s most spectacular gorges and scenery.”

What was seen: “Amazing sandstone gorges of varying patterns, colours and shapes. Deep clear waterholes perfect for swimming (although we shared some with freshwater crocodiles). A great diversity of flora and fauna. Lots of dust…”

What was it like: “After crossing the Tanami Desert and driving into WA, we went to the spectacular Bungle Bungles in Purnululu National Park. The Bungles have an great variety of sandstone formations, including the classic beehive domes (shown in every WA tourist brochure), narrow slot chasms, cathedral-sized caves and creeks with strangely eroded white sandstone beds. This was also the point we joined the main tourist route, with a constant stream of 4wd cars, caravans and camper trailers. Northern WA is certainly not the remote and lonely destination that it once was!

After reprovisioning at Kununurra, we headed off to the Gibb River Road and over 600 km of the Kimberley. The drive alternates between flat outback scenery and rugged sandstone ranges with dozens of gorges. We enjoyed lots of great walking along sandstone ledges that form natural paths and steps along creeks with cool, clear swimming holes.

Halfway along the Gibb River Road, we turned north for a few hundred km to visit Mitchell plateau. Although this was probably the roughest track we travelled (several bolts rattled loose on my car), it was well worth it to see the spectacular Mitchell Falls and witness the amazing diversity of mammals in this remote and rugged plateau. I spotted golden-backed rats, rock ringtail possums, golden bandicoots and a few unidentified mouse-sized critters over 2 nights, while my motion detection camera photographed a northern quoll outside the tent. Unfortunately, cane toads will hop into this area very soon (if not already there now) and will impact on the native fauna.

Another highlight was Mornington Wildlife Sanctuary, which is run by the Australian Wildlife Conservancy. The property has a great diversity of birds, including purple crowned fairy wren, Gouldian finch and crimson finch. The Conservancy is coordinating a large scale eco-burning program with adjoining landholders and has recorded good recovery of native mammal diversity in the region.

At the eastern end, Gibb River Road passes through a Devonian limestone reef that rises vertically up to 100 m above the surrounding plain. Lennard River has carved a gorge through the range, while nearby Tunnel Creek flows under the range.

We also visited Karajini, another area of awesome sandstone gorges in the Pilbara.

We spent 2 months of a 7 month travelling holiday in northern WA and could easily have spent another 6 months in this amazing region.” 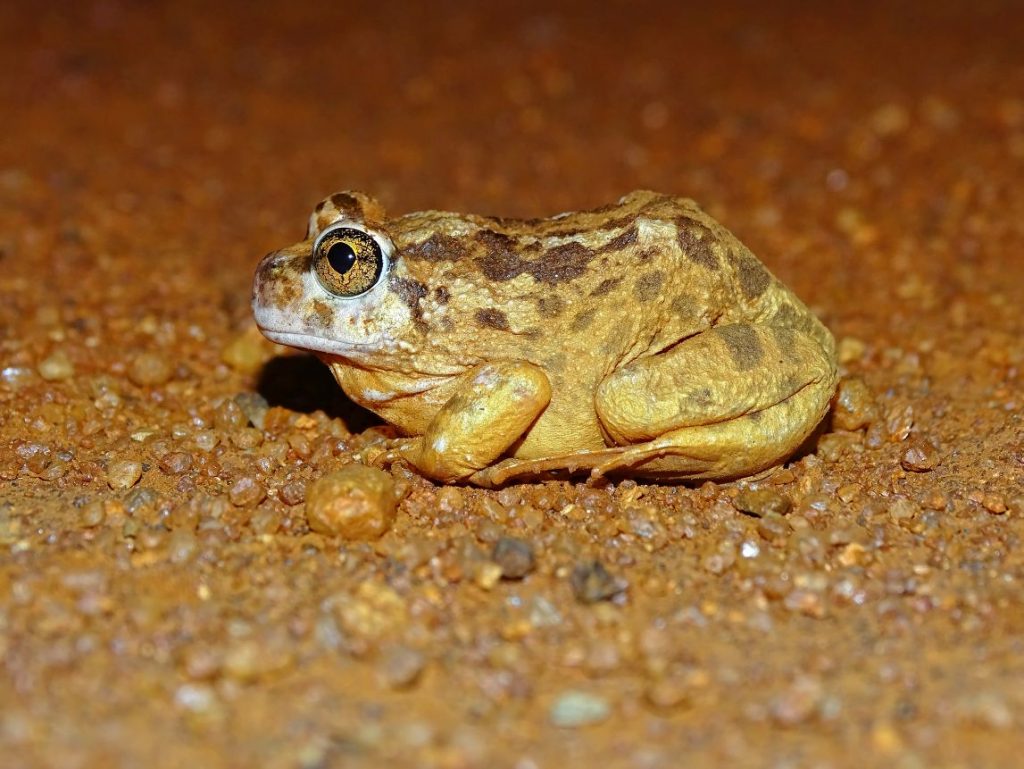 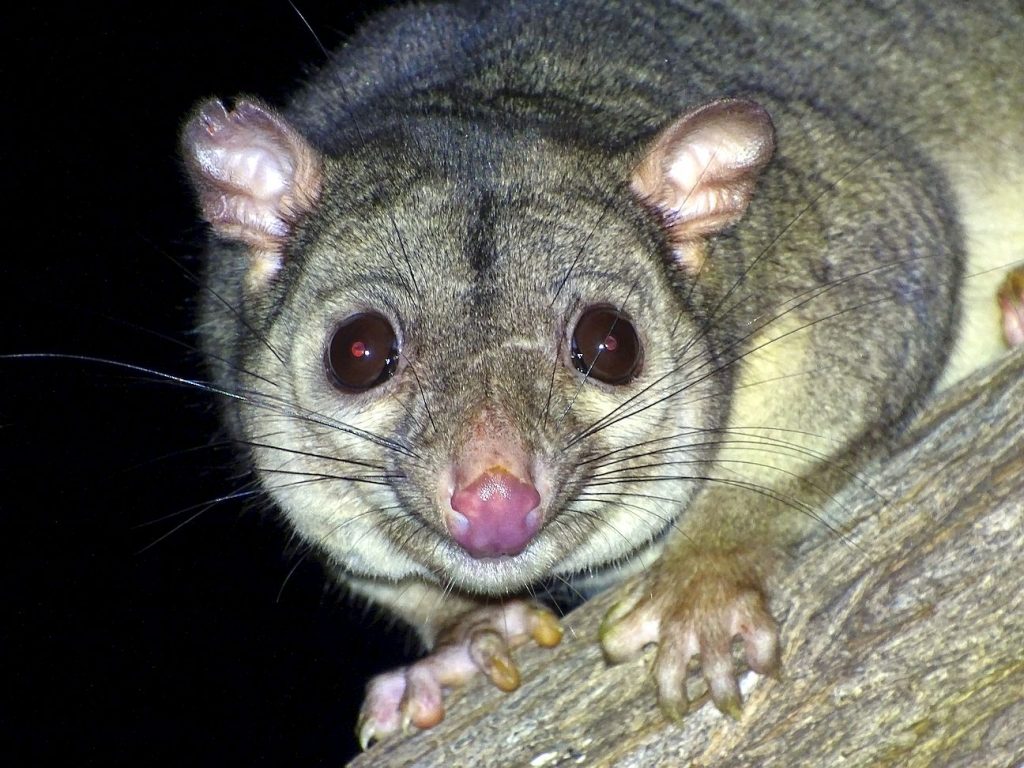 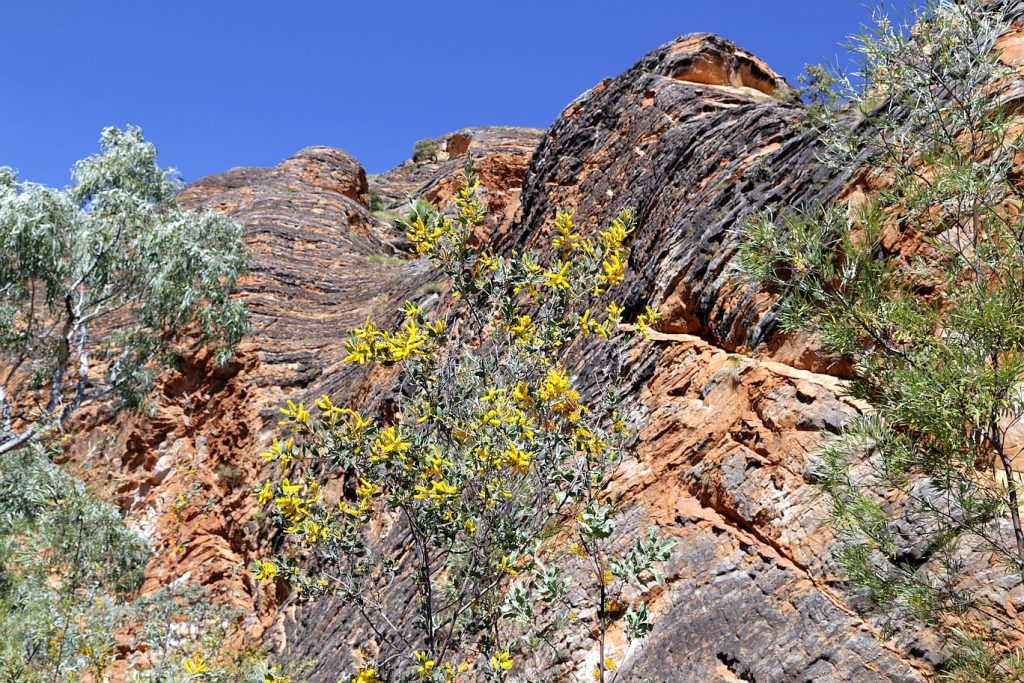